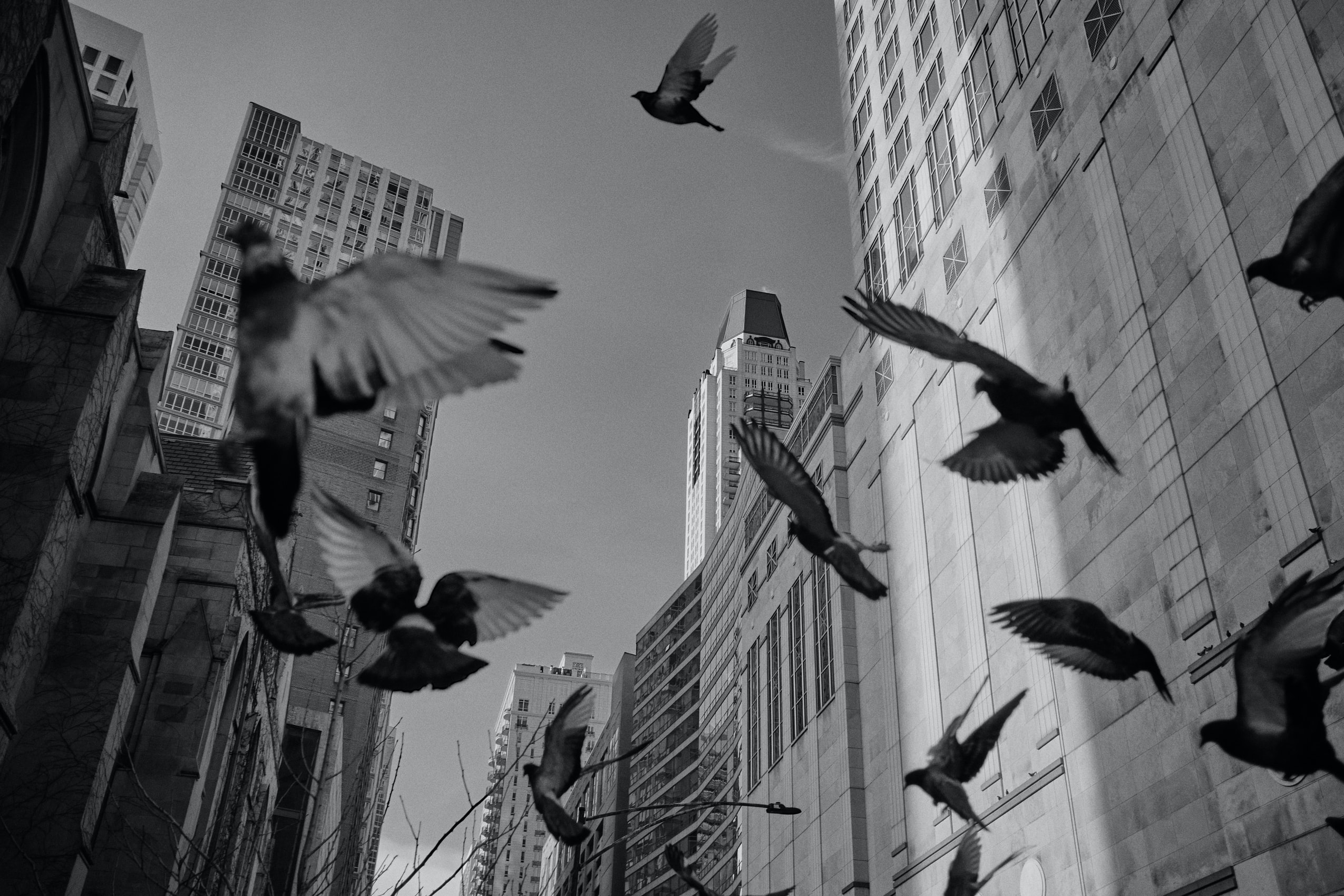 As part of our Bachelors Thesis, we wanted to explore the possibilities of a new design practice: One that accounts for the complex, intransparent and entangled realities we live in.

The goal of this research is to analyze the theoretical and practical foundations and applications of existing approaches to post human-centered design in order to develop a possible interface definition and design approach for practical use. For this purpose we have addressed the research question:

If there will be a post human-centered design, what will this mean for the future of designers and the design of interfaces?

The following article was released as part of the The State of Responsible IoT 2020, and is co-written by Maximilian Brandl.

The earth, populated by humans and animals, plants and microorganisms, has entered a new age: The Anthropocene. As a geochronological epoch, it describes how humanity became the central influence on geological and ecological processes. This becomes tangible, for example, in the consequences of the current climate emergency, but also in the self-conception of mankind, which is reflected in design practice: Human-Centered Design represents the users - it considers them as individuals, but does ignore many which are not directly concerned.

And while there are certainly many improvements for the well-being of the human that we are creating and designing for, there are often just as many consequences that decrease the well-being of others. Those others don't even have to be human at all — the consequences are embedded in natural and social systems with all their respective inhabitants.

The previous mentality of being able to draw clear dividing lines must be discarded. The networking and branching of human and nature, user and computer, object and interaction, demands an attitude, which considers connections instead of individual parts. An attitude that focuses on relationships and context, not only on the user or human.

This attitude could be called Post Human-Centered Design, or more-than-human Design. While there are slight differences in their definition and focus, they share their most basic task: To find a way to grow above the Human-Centered and find a way to include those actors that are forgotten.

In this article we will take a short look at what research suggests and we as designers can do to take this new mindset into practice. Also, we are proposing an approach to account for greater goals — our way to approach good things.

Living in a world of actors

A theoretical framework to make sense of the context we are designing in is the actor-network theory (ANT). It is a method and way of thinking that emerged from the social sciences in the mid-1980s, mainly developed by M. Callon, J. Law & B. Latour. It expresses itself as a critique of classical sociology, since it redefines the concept of society and rejects concepts such as micro and macro levels. The dualism of culture-nature is questioned.

ANT is concerned with the relationships and interrelationships between human and non-human actors. Non-human actors in this case are not only animals and living beings, but also objects and abstract constructs. This fundamentally different approach of looking at the world makes it a valuable research tool for design. Instead of trying to place technological objects into the life of the user and fitting them to their need, it suggests to take a deeper look at the new user-object actor (Latour, 1999). Are there new relationships that are formed? Are there old relationships that are changed in the process of user and object becoming one?

The user changes from the human individual to a more open, fluid form. A human being can be part of various other actors. The connection between object and human being is not reflected in a dichotomy but in a resulting new design subject, thus allowing for new design approaches. In other words: you can only design for the cyborg if you recognize them as cyborg and not as a human and technology.

In recent years, more voices have raised the issue of promoting the described switch. Some are writing about society centered approaches (societycentered.design, 2020) or fluid assemblages (Reström & Wiltse, 2018), others are talking about knotty objects (Oxman, 2016) and designing in a medium (Easterling, 2020). Again, they share a common thought process: Technology is entangled in our lives; it forces us to deal with the new life-forms that are going beyond the human individual.

One approach of Post Human-Centered Design is the democratization of, but also by means of design. Human and non-human actors who are disadvantaged by designed systems should be given a voice. What was still reserved for the user in the Human-Centered, should also affect other co-actors in the Post Human-Centered. The first step of democratization would be to include (non-human) stakeholders in the design process (cf. Rod, 2009, Haraway, 2016). When designing for example in an urban system like a city, non-human stakeholders could be animals that live in that ecosystem like pigeons, but also social communities.

The inclusion of non-humans can, as stated above, give a voice to forgotten actors, but decisions are ultimately still made by humans in their anthropocentric supremacy. But what would happen if non-humans, i.e. a multitude of other actors, could make their own decisions, since they would own themselves? There is still a lack of practical examples for this approach. In theory, technology such as blockchain and smart contracts could be used to "free" systems from human subjection — for example giving forests a way to control themselves (cf. Seidler, Kolling & Hampshire, 2016).

"It matters what thoughts think thoughts," is how Donna Haraway describes the purpose behind her multispecies storytelling, which she summarizes under the sign SF: "science fiction, speculative feminism, science fantasy, speculative fabulation, science fact, and also, string figures" (Haraway, 2016, p. 10). The point is to show the relations not "in the world" but "of the world". Thus a becoming-with can take place. In other words, with which stories we picture the world changes our relation and attitude towards it. In doing so, the knot should not be untied, but the attention should be drawn to the knot.

Relations can only be discussed and reflected, if they show themselves and are perceived as such. In post human-centered design, designers have the responsibility not only to use technology to solve problems, but also to create ways to think about them constructively.

One result of using discursivity, changing the narratives and pointing out relations, can be described with a posthuman subjectivity (Braidotti, 2013). The self-conception of the anthropocentric Human-subject in the center of his world changes in the non-anthropocentric, posthuman thinking to the recognition that the self is part of something larger and more ramified of different ecologies, communities and societies.

We have some tools to move towards a more inclusive, more sustainable design practice. We can design for and by democratization, give sovereignty back to suppressed actors and use discursivity to inform the users of their place in the unseen networks. But how can we further explore the consequences of our work, and ensure we are working towards truly good things?

Based on the knowledge of the basic conditions and possible functions of the Post Human-Centered Interface, a rough design process can be worked out. This is described in the following. However, it has to be said that it is only a theoretical process - on the one hand, the feasibility of this process in practice cannot be checked in the context of this thesis, on the other hand it is quite likely that there are many other possible valid methods to approach a PHC interface. The following possible approach is based on the use of a meta-interaction model according to Winston Chiang and Yan Jin (2011).

The design of the interface takes place within the framework of an overall goal, which in turn is part of an overarching motivation. The motivation describes the attitude of the designers and the ethical framework in which the design takes place: What is to be achieved? Here, the personal moral concepts are depicted, or rather the common values of the designers. The global goal is the desired emergent function that is to be achieved through collective behavior. If motivation is present and the overarching goal is known, the process moves on to framing. Framing refers to the delimitation of actors. This step is comparable to the different design methods from the HCD which are used to get to know the user. But instead of creating a persona for the user, actors are defined by their social and ecological relationships.

The persona in PHCD could be an assemblage, a human, an animal, a social construct or a human-object connection. Once the actors are framed and elaborated, the interactions between them are analyzed. From the sum of the individual interactions a behavior of the individual actors can be recognized. These behaviors of the different actors form a collective behavior over time. This collective behavior should work towards the global goal. Here, an active shaping takes place in two locations.

One is the framing of the actors that has to be considered, and the other is the design of the interactions of the actors via the designed interface. Since the achievement of the global goal is difficult to predict, this design process has an iterative and temporal character. It can no longer be assumed that the interface is finished, but must be repeatedly reflected and adapted with a view to the global goal. This process has several advantages with respect to the existing human-centered approach: